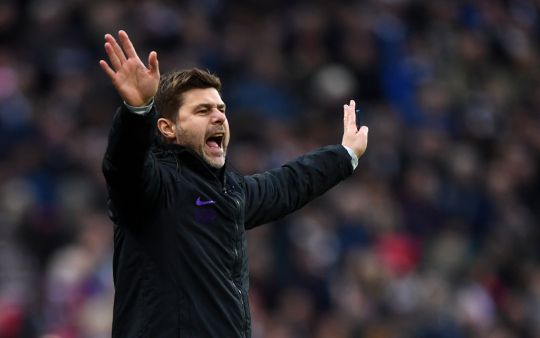 Tottenham Hotspur manager, Mauricio Pochettino, has admitted that he could walk away from Tottenham, if the club pulls off a “miracle” by winning the Champions League.

Spurs are set to take on Ajax on Wednesday in Amsterdam in the second leg of their Champions League semi-final.

The Dutch side emerged with a 1-0 win from the opening clash, with Donny van de Beek’s getting the only goal.

If Spurs overcome that advantage and go on to win the Champions League against Barcelona or Liverpool, Pochettino says he could walk away from the club as the achievement would be one that could not be topped.

“Winning the Champions League? It should be fantastic, no? Close the five-year chapter and go home.

He added: “To win the Champions League with Tottenham, in this circumstance, in this season, maybe I need to think a little bit to do something different in the future, for sure.

“Because to repeat this miracle, you know…But for sure I hope home. Whatever happens tomorrow, I go home,” Pochettino told a press conference on Tuesday.

Pochettino has been with Spurs for five seasons, having joined the club after previously managing Southampton and Espanyol.

EPL: Klopp, Guardiola nominated for Manager of the Year

Champions League: Mourinho reveals how he put Messi in ‘jail’