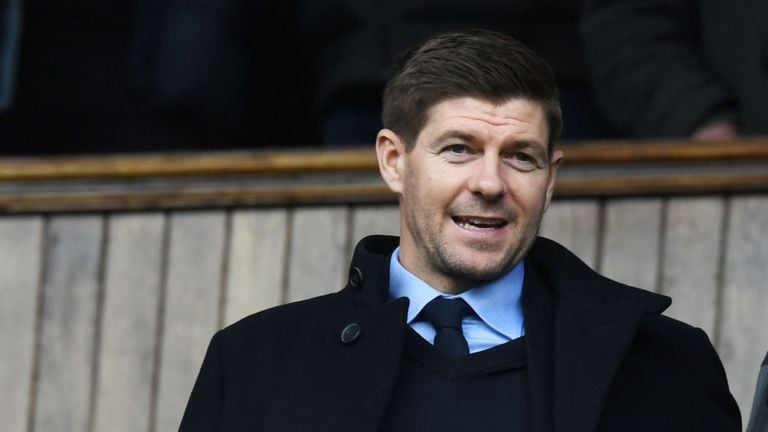 Former Liverpool captain, Steven Gerrard, has revealed that he became emotional during Liverpool’s incredible victory over Barcelona and had to leave Anfield before full-time.

Trailing 3-0 from the first leg, Liverpool completed one of the greatest comebacks in Champions League history as a pair of braces from Divock Origi and Georginio Wijnaldum sent Jurgen Klopp’s side through with a 4-3 aggregate victory.

Tottenham fought back in similarly spectacular fashion against Ajax on Wednesday night to set up an all-English final in Madrid and Liverpool legend Gerrard has nothing but praise for both Premier League clubs.

However, the 38-year-old said he simply could not handle the tension after Divock Origi put Liverpool ahead against Barca.

Fearing that one of Luis Suarez, Philippe Coutinho or Lionel Messi could still kill Liverpool off, he made his way out of the ground.

Reflecting on Liverpool and Tottenham’s miraculous wins, Gerrard who is currently Rangers manager told Metro.co.uk: “I just think it confirmed to everyone how big the Champions League competition is.

“It’s a mega competition having experienced it as a player. It’s the ultimate and I think the last two games over the last 48 hours have confirmed that.

“The nerves on Tuesday night at Anfield for me personally were difficult to control.

“I had to leave at 4-0 even though I had my seven-year-old daughter. I used that as an excuse but it was more the nerves so God help the players with what they were going through.

“I just don’t think I’d have been able to cope with seeing Suarez, Coutinho or Messi break my heart.

“My seven-year-old had school the next day… beat the traffic and get out of there before it goes wrong. Just remember the good stuff.”

Gerrard, who was also blown away by Tottenham’s heroics in Amsterdam, is looking forward to what promises to be an enthralling final on June 1.

“Yesterday obviously Spurs as well… what a performance.

“Just to the emotion and reaction from [Mauricio] Pochettino I think it shows what football means to everyone.

“I think both games were an advert for European football and what a final to look forward to.”

How Nigerian ex-footballer was killed in Abia