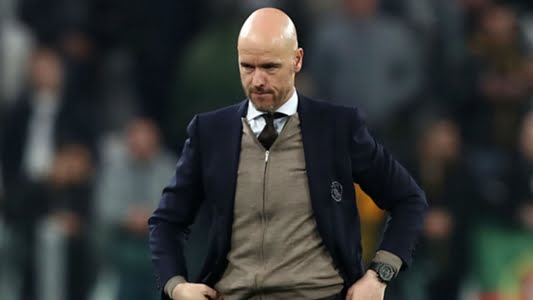 Ten Hag’s men appeared on course to reach the Champions League final in Madrid as they scored twice in the first half in Amsterdam to lead 3-0 on aggregate.

But Tottenham fired back through Lucas Moura who pulled a second-half hat-trick.

Ten Hag refused to blame his players after the defeat to Mauricio Pochettino’s side.

He said that he was proud of his players, adding that his team deserved a very big compliment.

“I told the players in the break that it wasn’t over yet, you could tell by the attitude of the Tottenham players. They still believed in it,’ Ten Hag was quoted by Express UK as saying.

“When that ball hits the post from Hakim Ziyech (in the second half), it’s over and out for Spurs. But I can’t blame anyone.

“We have had an incredible Champions League season and have grown a lot as a team. It is difficult to process.

“Football can be very beautiful and it can be very cruel, we have had to experience that today.

“Overall we had a fantastic Champions League campaign, we were one second away from the final, our team deserves a very big compliment, I am very proud of my players.”

Champions League: Lucas Moura reveals who made him score 3 goals in Tottenham 3-2 win at Amsterdam