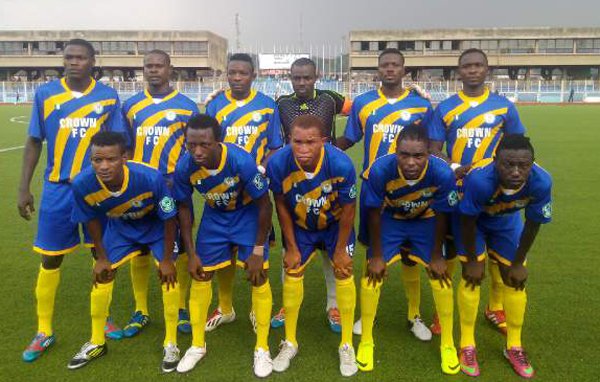 DAILY POST gathered that the signing of the players became necessary in view of the club’s preparation for their Nigeria National League mid week 3 game against Word of Light FC billed to hold on Wednesday 1st May, 2019 in Oharra, Warri in Delta State.

Crown FC Media officer, Tunji Alabi, who announced the signing of the new players, said that the new players signed by the club, included six defenders, three wingers, one striker, one midfielder and a goalkeeper.

The 2019 Oyo State FA Cup Most Valuable Player, Isah Seidu will be having his second stint with the club, joining from Shooting stars of Ibadan, while winger Fabode Olaitan is being promoted from the club’s feeder team, Adebayo Aleem and Oginni joined from Osun United.

Alabi revealed further that the new legs were added to strengthen the squad in their bid to gain promotion to the NPFL next season.