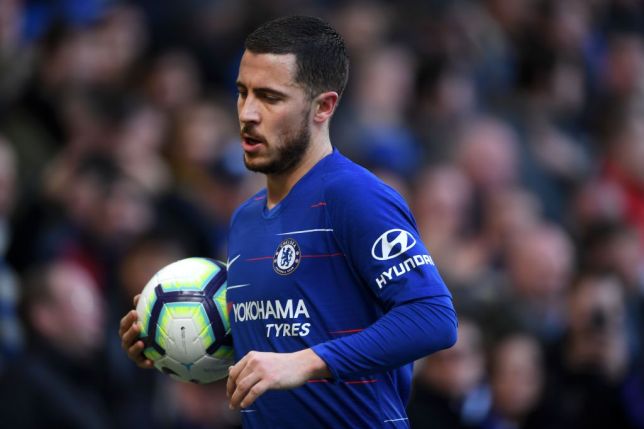 Chelsea ace, Eden Hazard, has disclosed that he has made his decision concerning his future at Stamford Bridge.

The 28-year-old also said that he has told Chelsea of his decision about his future at the club, adding that he would not make it public until after the Blues’ UEFA Europa League final against Arsenal on May 29 in Baku.

Hazard has drawn interest from Real Madrid for a number of years and returning manager, Zinedine Zidane, is a huge admirer.

DAILY POST had reported that Chelsea owner Roman Abramovich, is ready to lose Hazard to Real Madrid this summer.

Speaking to reporters after Chelsea’s 0-0 draw with Leicester City on Sunday in the Premier League, Hazard was quoted by Reuters as saying: “I have made my decision but it is not just about me. I told the club a couple of weeks ago.

“But it is not just about me. We have a final to play and then I will see.

“I wanted that but that’s not happened. I’m still waiting like you are waiting and like the fans are waiting.

Hazard has developed into one of the finest players in Europe since he joined the Blues from Lille in 2012.

The Belgium captain has gone on to win two Premier League titles: the Europa League and the FA Cup with the West London club.

EPL: Klopp reacts to Man City’s title win, reveals what Liverpool must do next season