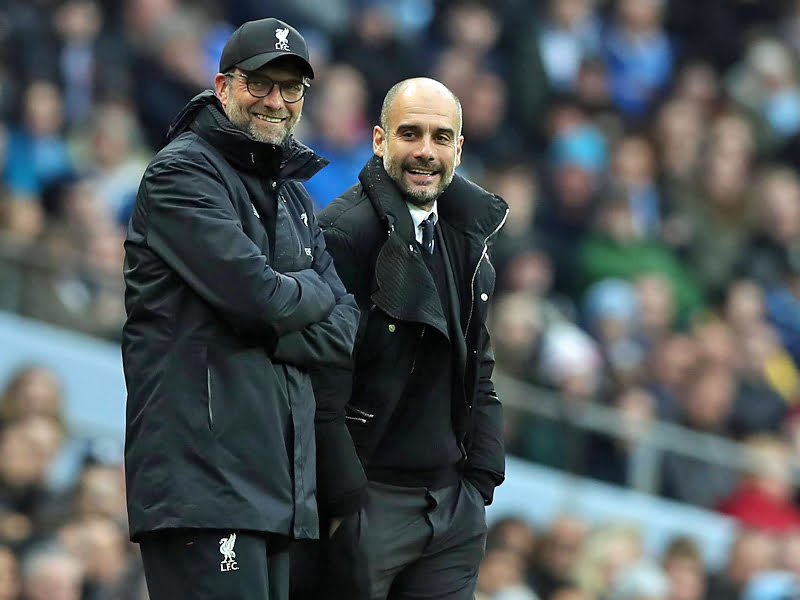 Jurgen Klopp, Pep Guardiola, Mauricio Pochettino and Nuno Espirito Santo, have all been nominated for the Premier League manager of the season award.

Klopp has guided the Reds to 94 points with one game remaining, the fourth-highest tally in a single Premier League season.

But the Merseysiders’ head into the final match of the season still needing champions Manchester City to slip up, in order for them to win the title.

Guardiola would become only the third manager to retain the Premier League, after Sir Alex Ferguson and Jose Mourinho, if City are successful.

Spurs boss Pochettino, who didn’t sign a single player last summer, has all but secured another top-four finish for the North London club.

Nuno has lead Wolves to a seventh-place finish following promotion from the Championship last term, with Wolves sitting on 57 points, the most collected by a promoted team for 18 years.

Fans have up until 18:00 BST on Thursday, 9 May to choose their favourite when the votes will be combined with those made by a panel of experts to decide the winner.

The victor will be announced at the League Managers Association awards evening on Tuesday, May 14.

Champions League: Pochettino claims he will leave Tottenham if they win trophy