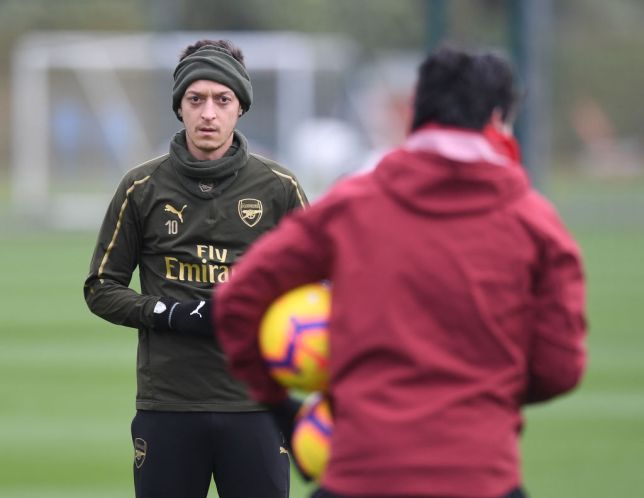 “I am disappointed that Petr Cech is retiring. I would have encouraged them to give him another year.

“Bernd Leno has got mistakes in him and would have benefited from Cech giving him a helping hand.

“We are looking for four defenders, so on top of the crazy situation of letting Aaron Ramsey go for nothing, it is not great.

“They need two centre-backs and two full-backs. Hector Bellerin will come back and play right-back, as Ainsley Maitland-Niles could be pushed on potentially. Sokratis and Sead Kolasinac are good to have as squad players.

“Nacho Monreal and Laurent Koscielny are getting on a bit now. Shkodran Mustafi must be released in my opinion.

“Konstantinos Mavropanos and Rob Holding are still to come back when they are fit”.

Nicholas added, “Ozil is on £200,000 a week, but where will he move to? If he won’t play then Ozil won’t stay. He has got too big of a personality to stay and be on the bench.

“If Arsenal can get him out with a transfer fee then I would. I would give the youngsters a couple more games next year and bring Reiss Nelson back, while looking at a big midfielder too.”