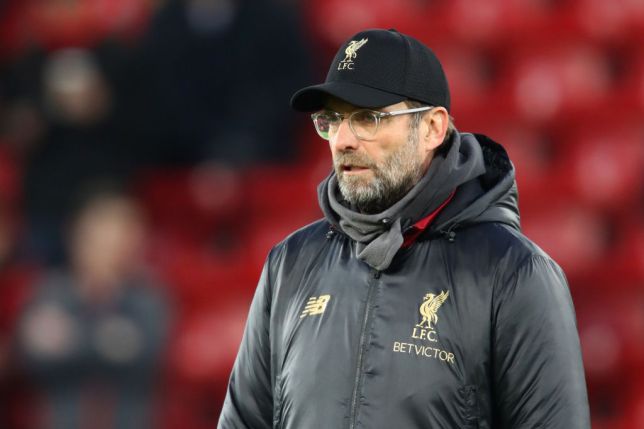 Liverpool boss, Jurgen Klopp, has revealed that Egyptian striker, Mohamed Salah suffered a nasty bang on the head in a collision with Newcastle goalkeeper Martin Dubravka – and is struggling to face Barcelona in the Champions League semi final second leg on Tuesday.

Mo Salah could miss the second leg semi-final clash against Barcelona at Anfield on Tuesday.

Klopp told a press conference that, “Mo got the hip of the goalie on his head and was on the ground and the doc had to make a decision, on the pitch or off the pitch and the decision was off.

“We accept that. When he came in he was sitting in dressing room he was watching the game.

“He was then fine but we have to wait. He got a proper knock in that situation.

“For Barcelona I don’t know. I cannot write your headlines. I said what I have to say.”

The Reds will also be without Roberto Firmino, who missed the game at Newcastle with a groin injury and is struggling to play again this season.

Meanwhile, the Liverpool boss has claimed that he knew his side would beat Newcastle and keep their title dream alive on Saturday because “It’s destiny.”

Divock Origi came from the bench to send Liverpool back to the top of the table above rivals Man City with a controversial 86th-minute header.

Klopp added, “I was calm because I thought it’s destiny, the boys try everything and you just have to try it, we were aggressive, we tried to push.

“It’s brilliant, so deserved, it was a tough game against a physically stronger team than us. We had to fight, I couldn’t be more proud.

“Divock’s goal was so crucial. What can I say it is just brilliant. It is like fairytale.”