Super Eagles defender William Troost Ekong played all 90 minutes for Udinese who shared the spoils with Sassuolo in a Serie A league game on Sunday reports Completesportsnigeria.com.

It was Ekong’s 14th successive start for Udinese since he joined the club and it was the fourth clean sheet of this season for the club.

Stadio Grande Torino, Ola Aina came on for Lorenzo De Silvestri on the hour mark for Torino who came from a goal down to beat ten-man Genoa 2-1.

Christian Kouame scored the opener for Genoa from close range in the 36th minute but just as Genoa were preparing to go into the half-time break with the advantage, Toro struck twice to turn everything around.

First Cristian Ansaldi controlled a loose ball and smashed the right-foot daisy-cutter into the bottom corner from the edge of the box, then moments later Sandro wildly swung a boot at Iago Falque to bring the forward down. 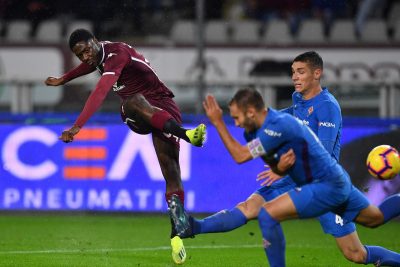 Andrea Belotti converted the resulting penalty, just about squirming the ball under Ionut Radu, to complete a stoppage-time comeback.

Romulo was booked twice in three minutes, the second time for a ridiculously high foot that caught Meita in the shoulder.

The game was Aina’s 12th of the season.

Joel Obi played for 74 minutes before he was replaced by Sofian Kiyine in Chievo Verona’s 1-1 draw against SS Lazio.

In Spain, Ramon Azeez played all 90 minutes for Lugo who lost 1-0 away to Osasuna.

In Belgium, Emmanuel Dennis scored on his return to Club Brugge KV starting line-up on Sunday in their 3-0 home win over Standard Liege who benched Uche Agbo for the entire duration of the game.

The goal was his third league goal of the season. 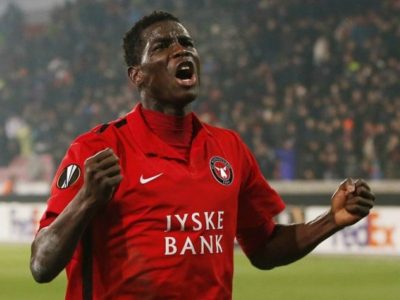 In Denmark, Paul Onuachu bagged his 10th league goal of the season for FC Midtjylland who spanked Randers FC 2-1 on Sunday. Onuachu scored the winner in the 58th minute after Marvin Egho had canceled out Awer Mabil’s opener for FC Midtjylland.

Stephen Odey scored his sixth league goal of the season for FC Zurich beat Grasshoppers 2-0 at the Letzigrund stadium.

Odey sealed his side’s win in the 84th minute after Salim Khelifi had broke the deadlock six minutes before the hour mark for the hosts FC Zurich. The goal took his tally to ten in all competitions this season.

Henry Onyekuru fired blanks in his 13th league appearance for Galatasaray who lost 1-0 to Besiktas. The Nigerian international was replaced in the 83rd minute for Omer Bayram.

Arsenal Gun Spurs Down In Thrilling Derby, Iwobi Subbed Off