Both the Super Falcons and Banyana Banyana met in the group phase, with South Africans emerging 1-0 winners.

The Super Falcons had the first meaningful effort at goal in the opening stages of the epic final, but goalkeeper Kaylin Swartz pulled off the save at the second time after spilling it.

Swartz came to Banyana’s rescue with a superb save in the 24th minute as the resilient Falcons threatened.

The Super Falcons went close once again in the 37th minute through Ordega Francisca, who saw her curling effort fly just wide of the target. 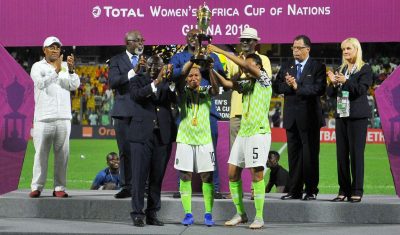 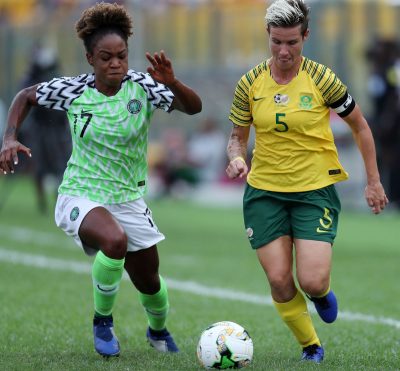 In the second half, Asisat Oshoala had the chance to be a hero when Nigeria were awarded a penalty in the 74th minute, however the Falcons striker placed his effort wide of the mark.

Chances were hard to come by for both nations in the concluding stages of regulation time, which ultimately sent the clash to extra-time.

After both sides failed to break the deadlock in the extra 30 minutes, it was left to a penalty shoot-out and it was the Falcons who came out victorious to claim their nineth title.

We Want To Beat Nigeria