Deontay Wilder defended his WBC heavyweight title after his bout with Tyson Fury in Los Angeles ended in a split decision draw in the early hours of Sunday. But the American has been mouthing that he should have been declared the winner.

One of the judges Alejandro Rochin of Mexico awarded the bout to Wilder 115-111 while another Robert Rapper from Canada scored the bout 114-110 in favour of Fury.

The third judge from the United Kingdom Phil Edwards scored the bout 113-133. 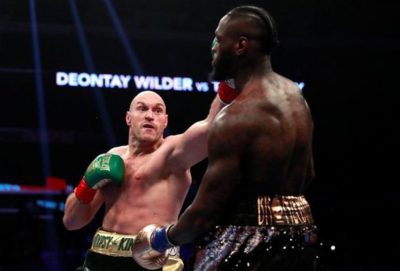 “With the two knockdowns I felt I won the fight,” Wilder said after the bout.

“We poured our hearts out tonight. We’re both warriors, but with those two drops I think I won the fight. I came out slow. I rushed my punches. I didn’t sit still. I was too hesitant. I started overthrowing the right hand and I just couldn’t adjust.”

Wilder continues: “When you’re at each other and you have a great fight, we give each other all we’ve got. At the end of the fight that’s what it’s all about. He was just tell me great fight, he loves, and thank you for the opportunity. We’re the best in the world. The respect was mutual. 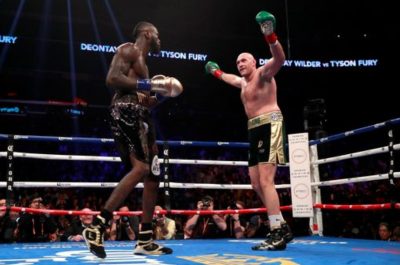 “I was rushing my punches. That’s something I usually don’t do. I couldn’t let it go tonight. I was forcing my punches too much instead of sitting back being patient and waiting it. I really wanted to get him out of there give the fans what they want to see.”

Wilder adds: “I didn’t feel no pressure at all. When I rush my punches like that I’m never accurate. The rematch I guarantee I’m going to get him.

“I would love for it to be my next fight (on the rematch). Why not? Let’s give the fans what they want to see. It was a great fight and let’s do it again. It doesn’t matter to me where we do it.

“We’re the two best in the world and we proved it tonight. When you get two warriors you get a great fight. That’s what we proved tonight and I’m ready to do it again.”

Meanwhile, Fury remained coy on a rematch in his post-match interview but add that Deontay Wilder is the second best in the division after him.

“He (Wilder) is the second best heavyweight in the world… behind me!”

AWCON 2018: Ebi, Oluehi Named In Team Of The Tournament

Wilder Opposes Draw Vs Fury: ‘I Felt I Won With Two Knockdowns