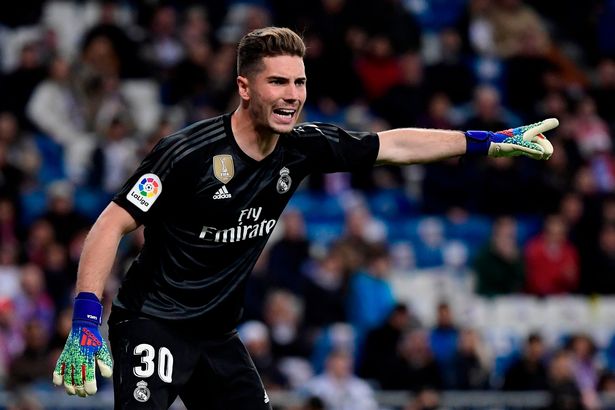 Real Madrid manager, Zinedine Zidane, has disagreed with the board over the role of his son, Luca, at the club, Marca reports.

Thibaut Courtois has established himself as their No.1, but Zidane has told back-up goalkeeper, Keylor Navas, he can leave the club this summer.

Zidane was told by club director, Jose Angel Sanchez and Juni Calafat, that they would have a first-choice goalkeeper and a young back-up next season.

The Frenchman has followed the club’s wishes, by informing Navas his future lies elsewhere, in a meeting at their training ground last week.

But he plans to go against the wishes of club bosses, by installing his own son, Luca, as his No.2 instead of youngster Andriy Lunin.

Lunin is who the board had in mind to be Courtois’s understudy, with reports Luca could leave the club on loan to gain more experience.

But his father believes he is up to the task.

Lunin has had an unsuccessful loan spell at Leganes and played just six matches having failed to establish himself as first choice.